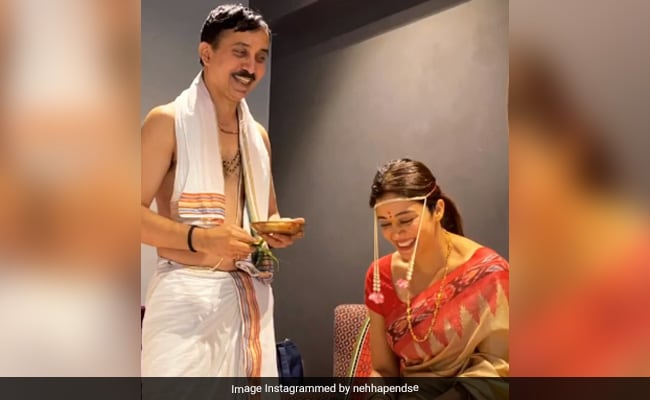 Actress Nehha Pendse, who is best known for her performance in TV serial May I Come In Madam is all set to marry boyfriend Shardul Singh Bayas on January 5. The actress has been trending on social media since Monday after pictures from her pre-wedding festivities surfaced on the Internet. In the photos, Nehha could be seen dressed in traditional Mararthi outfit for grahmukh puja with her parents sitting beside her. In one of the photos, which Nehha Pendse shared on her Instagram stories, she could be seen laughing at something the priest said. Check out the pictures from Nehha Pendse’s pre-wedding festivities here: 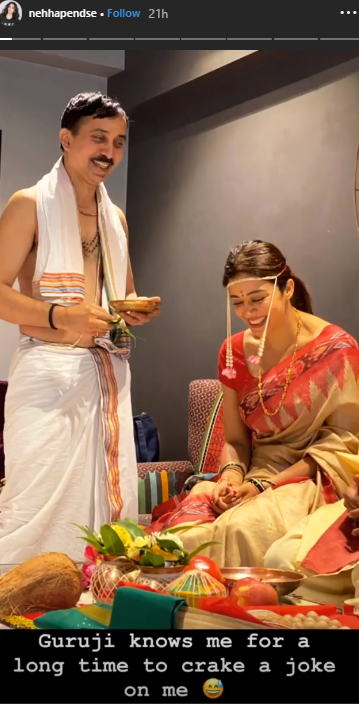 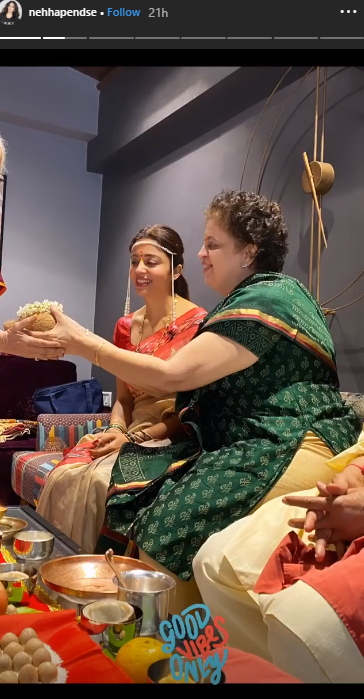 Nehha Pendse, who has also featured in a couple of movies, earlier talked about marrying the “man of her dreams” and said: “I am so happy to be in this phase. I am marrying the man of my dreams and entering a new and amazing family. They are beautiful humans and I can’t wait to start my life there. It’s the best feeling of my life. I can’t thank enough all the people in my life who made this occasion so beautiful and worthy,” reported news agency IANS.

She also revealed a few details about her wedding in an interview to Bombay Times in September: “It will be a Maharashtrian wedding that will happen in early 2020; I plan to wear a saree for the main rituals. This is what we are looking at right now. But we have to take a call on whether we will go all out or to make it a small family affair.” She added: “As far as the honeymoon is concerned, we don’t want to go to a run-of-the-mill or commercial destination; it will have to be something unusual. Recently, Shardul showed me some pictures of Antarctica cruise, so we may just go for something like this, although it hasn’t been finalised yet.”

On the work front, Nehha Pendse has worked in Marathi, Tamil, Telugu, Malayalam and Hindi films. The twelfth season of reality show Bigg Boss also featured her as a contestant. Some of her television shows include Hasratein, Comedy Dangal, Family Time With Kapil Sharma and Pimpal Paan.