Priyanka Chopra clicked a stunning image of Nick Jonas aboard a yacht. The couple is together celebrating New Year’s Eve.

Nick Jonas is currently on a vacation with Priyanka Chopra and the couple is supposed to ring in New Year’s Eve together. Before the celebrations for the big night begin, Nick shared a pic of his clicked by Priyanka. The image shows Nick poised with his front facing the vast ocean. The duo was travelling on a yacht when Priyanka captured this candid image of Nick from behind.

Overlaying the image, Nick shared the picture credits to Priyanka’s name. Guess Nick likes her photography and we can’t disagree with him. Check it out below: 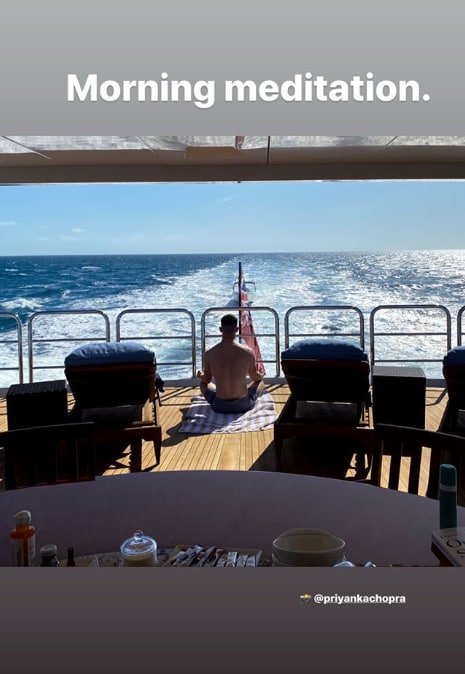 Earlier, the couple was snow-bound on snowmobile as they celebrated Christmas with Priyanka’s family, including Siddharth Chopra and mother Dr Madhu. The couple rode in the snow and even decorated Christmas cookies on the merry occasion. On the retreat, they landed near the ocean and are anticipated to have a bang on New Year’s Eve.

Next year, Priyanka will be co-producing an Amazon series in collaboration with Nick, tentatively titled Sangeet Project, while she also shoots for Hollywood film We Can Be Heroes and awaits the release of her Netflix film The White Tiger.